Prof. Ellen Crushell, a UCC graduate, qualified as a general paediatrician prior to further specialising in Inherited Metabolic Disorders. She trained at the National Centre for Inherited Metabolic Disorders (NCIMD) and completed her specialist training with a senior fellowship at the Department of Clinical and Metabolic Genetics at The Hospital for Sick Children (SickKids), Toronto, prior to taking up her current consultant post at NCIMD and Our Lady’s Childrens Hospital Crumlin in 2009. She had been awarded Associate Clinical Professor status with UCD.

Since taking up the post in the NCIMD, she has developed a Metabolic Outreach Clinic in Limerick, with more outreach clinics planned around the country.

Prof. Knerr’s experience in Paediatric Metabolic Medicine consists of 10 years as a Consultant in different university hospitals in Germany (Erlangen-Nuremberg, Berlin) and, more recently, in Dublin.  She has full registration with the Irish Medical Council; she was made a Fellow of the Royal College of Physicians of Ireland/Faculty of Paediatrics in 2013.

Her research interests are Inborn Errors of Metabolism, such as Maple Syrup Urine Disease and Galactosaemia, and also the metabolic-endocrine cross-talk in humans.  Her research activities include extensive national and international collaborations and research stays at the Biochemical Genetics Laboratory at the Children’s Hospital in Pittsburgh, the Children’s National Medical Centre in Washington DC and at the National Institute of Health (NIH) in Bethesda, USA.  Having studied at the University of Frankfurt/Main, she qualified as a Consultant in the specialist areas of General Paediatrics, and subsequently Endocrinology and Metabolics, and went on to obtain a higher academic qualification in Germany as an advanced researcher, with the PD, or “habilitation” at the University of Berlin.

Prof. Knerr has contributed to over 75 scientific publications and was invited to be first author of a chapter on Branched-Chain Amino Acid Metabolism in the reference work ‘Physician’s Guide to the Diagnosis, Treatment and Follow-Up of Inherited Metabolic Diseases’ (Springer, 2014).

Overall, she is passionate about Paediatric Metabolic Medicine and is committed to making her very best personal contribution to the direction and development of this discipline, and to patient care. 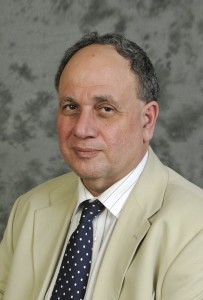 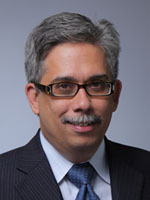 Prof. Pastores graduated from the University of St. Tomas in Manila (1983) and received his training in Paediatrics and Genetics at the Mount Sinai Medical Center in New York (1989) and at the Mayo Clinic in Minnesota (1991).

He has extensive clinical and research experience in the diagnosis and management of patients with the lysosomal storage disorders and other inborn errors of metabolism.  He was also engaged in the development and testing of treatments for Gaucher, Fabry, MPS I, IV and VI, Pompe disease and a late (adult)-onset form of Tay-Sachs disease (GM2-gangliosidosis).  He has published over 200 papers, 20 book chapters and two textbooks. 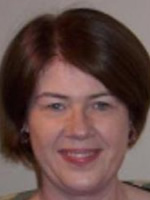 Prof. Treacy joined the Consultant staff at Temple St Children’s University Hospital and Mater Misericordiae University Hospital in 2001.  She is a graduate of Trinity College Dublin.  She trained in Paediatrics and then Clinical and Biochemical Genetics (FCCMG programme), at McGill University, Montreal, Canada and then obtained a two year Canadian Samuel McLoughlin Travelling Fellowship with further training in Biochemical Genetics at the Murdoch Institute, Royal Childrens’ Hospital, Melbourne and Necker Enfants Malades Hospital, Paris.  She was appointed as Assistant Professor and then Associate Professor in Paediatrics and Human Genetics at Montreal Children’s Hospital, McGill University, Montreal, Canada (1994 to 2001).

Translate »
We use cookies to optimise your experience, and to enable us to understand how visitors use our website. By clicking ‘SAVE SETTINGS’, you are affirming your consent to the use of cookies as they are configured below. Click ‘More Info’ to learn more about the various purposes that we use cookies for..
More InfoSAVE SETTINGS
Manage Cookies

The purposes for which we use cookies are listed below. You can manage your preference for any purpose that is not strictly necessary to deliver the core website experience.
Necessary Always Enabled

We use Google Analytics to understand how visitors interact with the website. These cookies help provide information such as metrics on the number of visitors, bounce rate, traffic source, etc.

Performance cookies are used to understand and analyze the key performance indexes of the website which helps in delivering a better user experience for the visitors.

Advertisement cookies are used to provide visitors with relevant ads and marketing campaigns. These cookies track visitors across websites and collect information to provide customized ads.